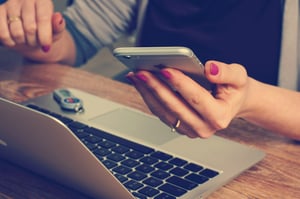 It happens on a daily basis, it’s even likely that at some point it happened to you: social media account takeovers. A quick Google search shows a new batch of celebrities, politicians, companies, and other high profile users becoming the victim of account takeovers on a weekly basis.

It’s concerning, it can cause a ruckus, and depending on what happened after the fact it can even cause damage to the account holders reputation. This is especially true for businesses that rely on being trustworthy and secure; however, only the most high profile incidents tend to get coverage. This begs the question: is all press good press? Let’s look at a few scenarios that have occurred in the past and how much impact these digital risks actually can have on a brand.

An account getting taken over that ends up distributing malicious content and links is not the same as one that was taken over and had humorous tweets posted to it.

This one is never fun for brands, and for nearly a decade these situations occur. Someone either gains access to a branded Twitter account through phishing, a compromised third-party app, or password reuse, and then they unleash havoc. While the person who gains access to the account may be trying to be funny, in most cases these situations end up with offensive tweets that result in a loss of followers. In more extreme cases, it’s possible a brand’s reputation will be impacted, too.

While this exact situation occurred for Buffalo Wild Wings, the data shows a different story. They actually gained 5,700 followers in a single day when the situation occurred, whereas their growth track record before it was between -20 and 10 each day.

For a large chain restaurant that’s a decent free advertising campaign, and fortunately a majority of followers were forgiving of the situation.

Unlike our other examples, this particular one is much harder to come back from. From Papa John’s Founder ranting and being ousted from the company, to employees shown spitting (or something far worse) in food and posted to social media, the kind of press and attention received from this is nothing but bad news. In most cases it results in the employee being fired, nearly endless negative press for a brief window of time, and the occasional negative follow on story for years to come.

Here is an article from 2013, and now a 2018 follow on piece with a relevant update about getting her job back. As for followers, the director deleted their account, at which point it was promptly taken over by someone who began sharing articles about social justice. In this case the negative press has no benefit for the company or their social following, but it seems both parties have moved on. Twitter regularly uses her as an example though.

Exhibit B: The amateur agency posting an offensive comic

An agency representing a burger joint in Washington DC published a rather offensive comic in promotion of the restaurant. The restaurant still gets the occasional negative tweet, only gained about 50 new followers, and has since gradually lost them over the past few months. The agency owner who took responsibility for the tweet has seen minimal impact to their following, but also receives continuous negative messages.

Oops, did former Press Secretary Sean Spicer publish a tweet, twice, containing his passwords? While that seems to be a misconception of what actually happened, the situation has certainly happened before. However, the bigger issue is tied to when a user accidentally shares information, typically in an image or screenshot, not being aware that private company information is listed.

From wifi passwords to who a particular police department is keeping tabs on… these kinds of leaked data require more than the skill set of a marketing team with a monitoring tool in place. While there may not have been an impact from loss or gain in followers, the press coverage and following civilian distrust that comes along with it has wider implications.

The moral of the story is that while certainly not all press is good press for a brand and their following on social media, but context and the type of digital risk plays a vital role. Fortunately many users are compassionate to brands that have a single employee falter or their account taken over and vandalized. However, when people see what goes into the sausage they are making, it takes a wider skill set and security vigilance to reduce these risks.